When my infant daughter needed a strong antibiotic to treat both an ear infection and conjunctivitis, I worried a lot about how to help her microbiome recover more quickly. The suggestion I got from doctors and moms alike was to use probiotics. Before I even considered giving an unregulated supplement to my child, I needed to check that it contained what it said it did. I won’t go into the different sides or my decision about the use of probiotics in this post, but I will show you the results of the testing I did on two types of probiotic and my breast milk.

In my dungeon lab, which happens to be in a very brightly painted room in the basement, I cultured two probiotics. I cultured Culterelle Baby Grow + Thrive because it was the most highly suggested probiotic for my daughter. I also cultured Nature’s Way Probiotic Pearls because I thought the marketing was hilarious. To see if probiotics were actually adding any new bacteria to my daughter’s diet, I also cultured my breast milk. The Culterelle claims to contain Lactobacillus rhamnosus and Bifidobacterium animalis. Nature’s Way claims to contain B. longum and L. acidophilus. According to the internet, breast milk contains more than 600 bacterial species, including B. longum and a bunch of other Bifidobacterium and Lactobacillus species.

I inoculated basic nutrient broth with the three samples and a control and set them in my janky, homemade, temp controlled, incandescent bulb heated, incubator at 37C (body temperature) for 48 hours. 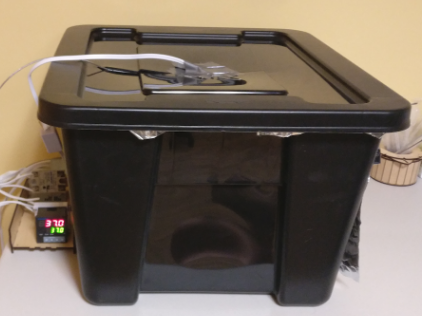 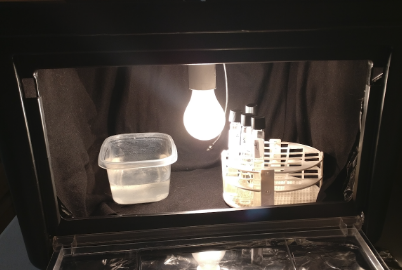 The inside of my janky, but functional, incubator.

After 48 hours, two of the tubes, the Culturelle and the breast milk, were cloudy enough to have obviously grown some bacteria. The Nature’s Way tube was not visibly filled with bacteria. 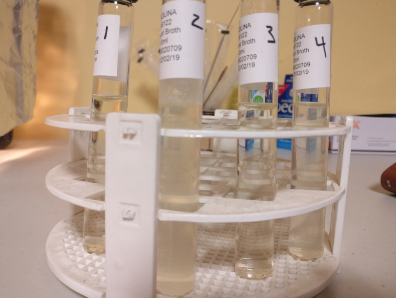 I made a streak plate of each culture, trying to get isolated colonies. I threw the plates in the incubator for another 48 hours. 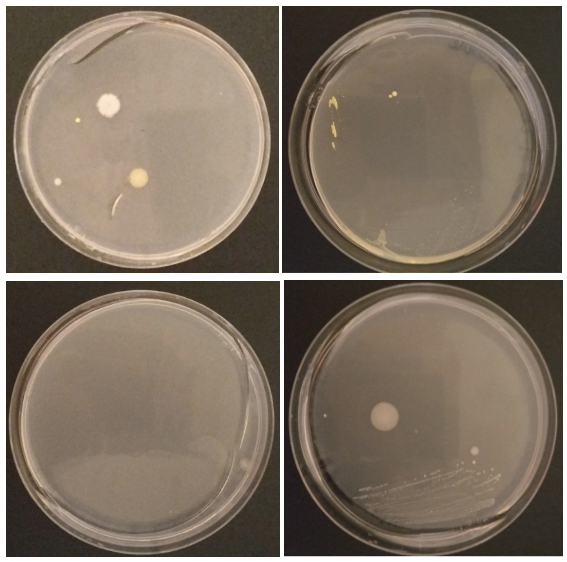 The control plate was obviously contaminated. I think it’s because it was sitting on the bottom of the pile and the humidity, due to the bowl of water added for thermal mass, dripped from some of the other plates. I decided to go ahead and Gram stain each different looking colony anyway. Luckily this is a blog and not a scientific journal. I’ll need to go through the process again with a fix for the contamination, but I can at least see what types of bacteria we got in the mix and practice my Gram staining. I chose what to sample based on appearance under the dissecting microscope. 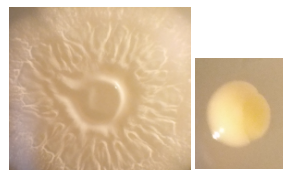 Sample 1 and sample 2 from plate 1: Control.

Sample 3 and sample 4 from plate 2: Culterelle. 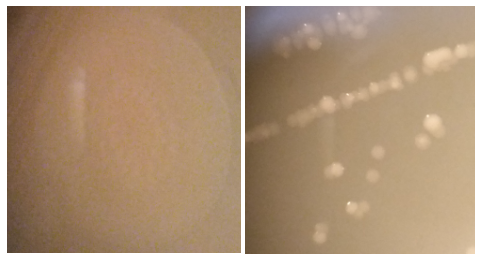 I went through the Gram staining process included in my Gram stain kit for each of the six samples I took. There were two from plate 1, two from plate 2, and one each from plates 3 and 4. I took a look through a hundred year old Leitz microscope at 600x and 880x after buying a 50 year old oil immersion objective for it. I still can’t believe this thing works. 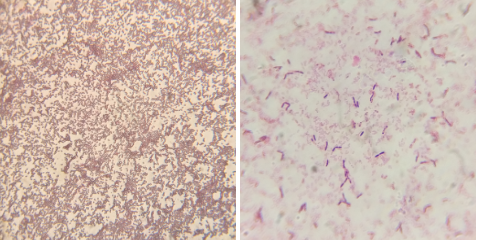 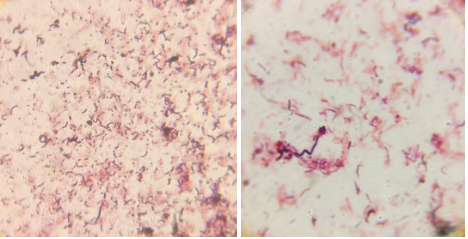 The biggest take away here is that my Gram staining could use a little work, honestly. Other than the poor staining, each of the samples showed some bacterial growth. Due to the contamination of the control plate, I can’t say that the growth was from the sample source, though.

Going by the boxes, the Culterelle could have both bacteria it claims. The Nature’s Way appears to only have the L. acidophilus. The breast milk does not appear to have the more than 600 bacteria the internet claims it does, at least mine doesn’t. Something to keep in mind, however, is that some of the bacteria I was testing for are much better at growing in anaerobic environments. I may need to add an anaerobic incubation period in my next iteration. I definitely need to practice my Gram staining.

What should you take from this post? There’s not much in here that answers anything concretely. My observations tell me that the bacteria in the Culterelle fit the claims on the box and are really good at propagating. This would be pretty important if you’re trying to populate or re-populate your gut. Other than that, I had fun and I learned some of my blind spots so that I can fix them for the next run of probiotic testing.